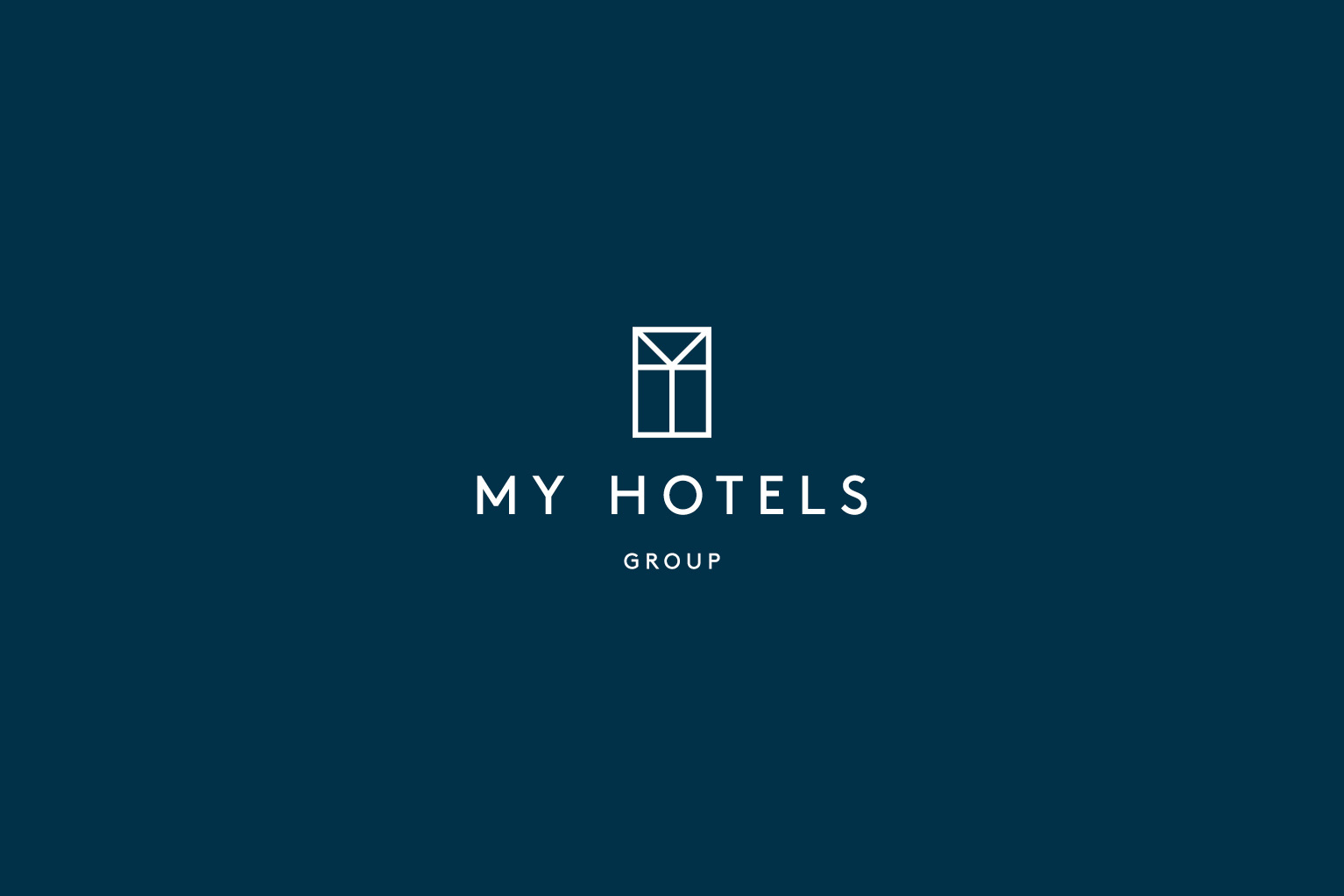 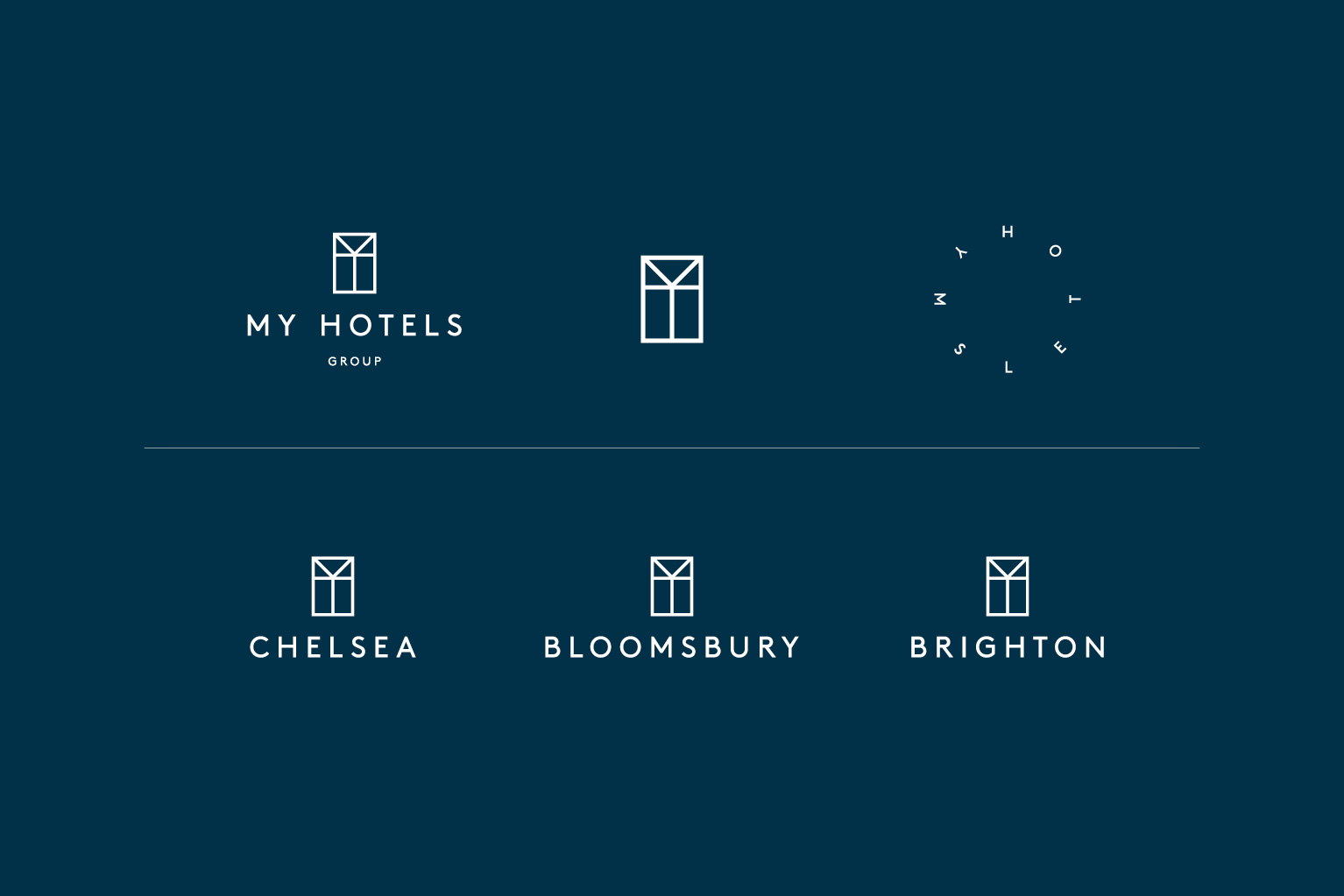 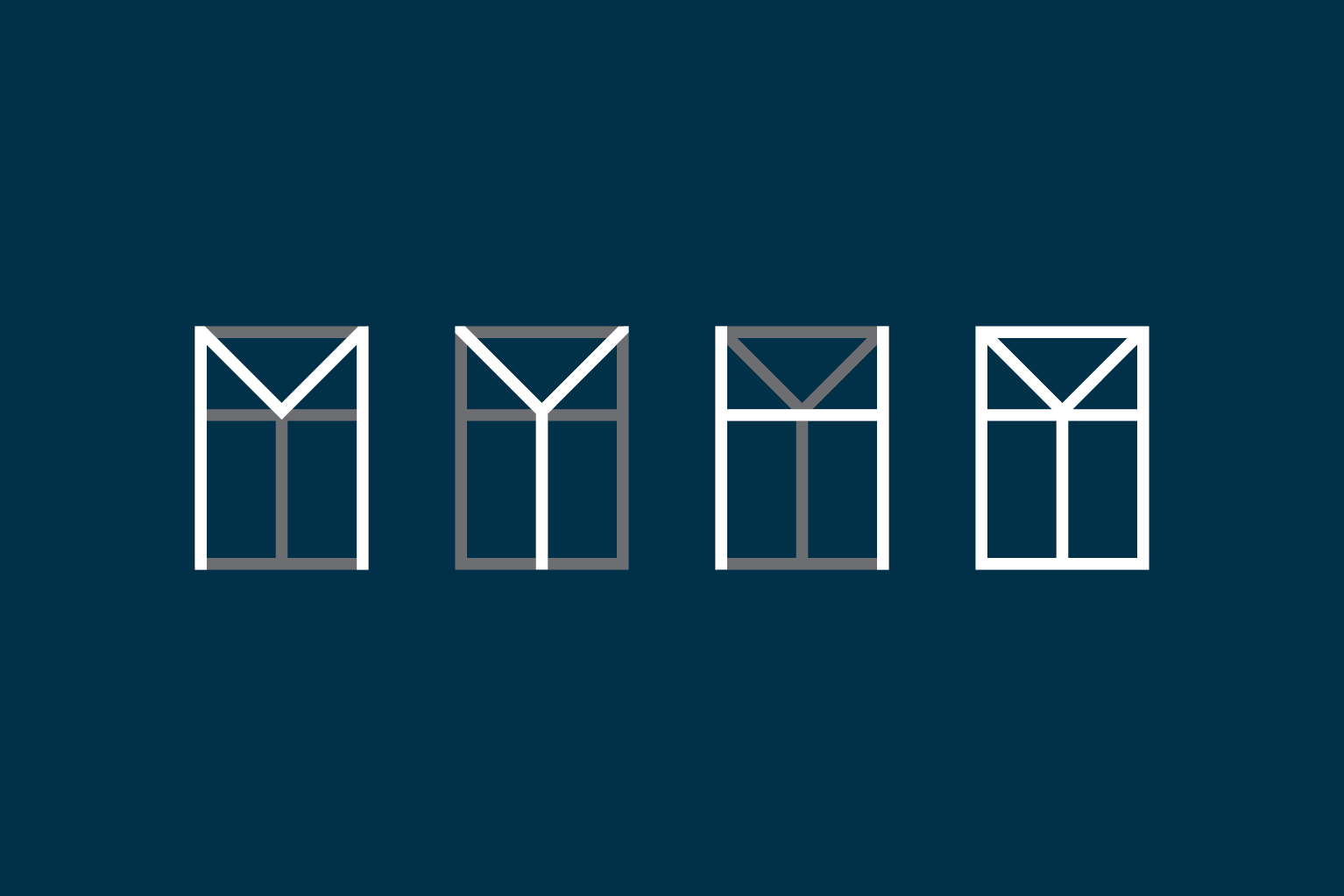 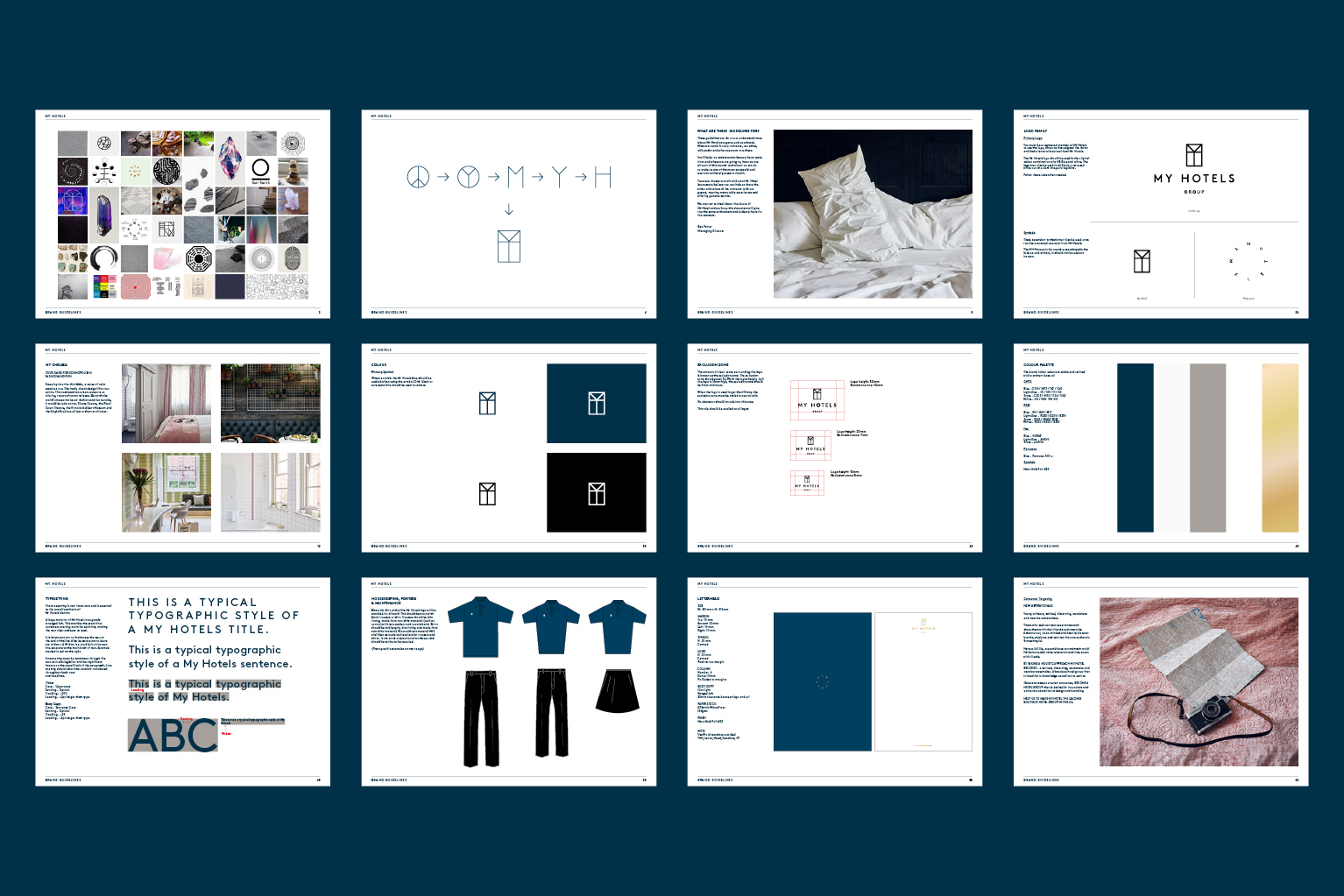 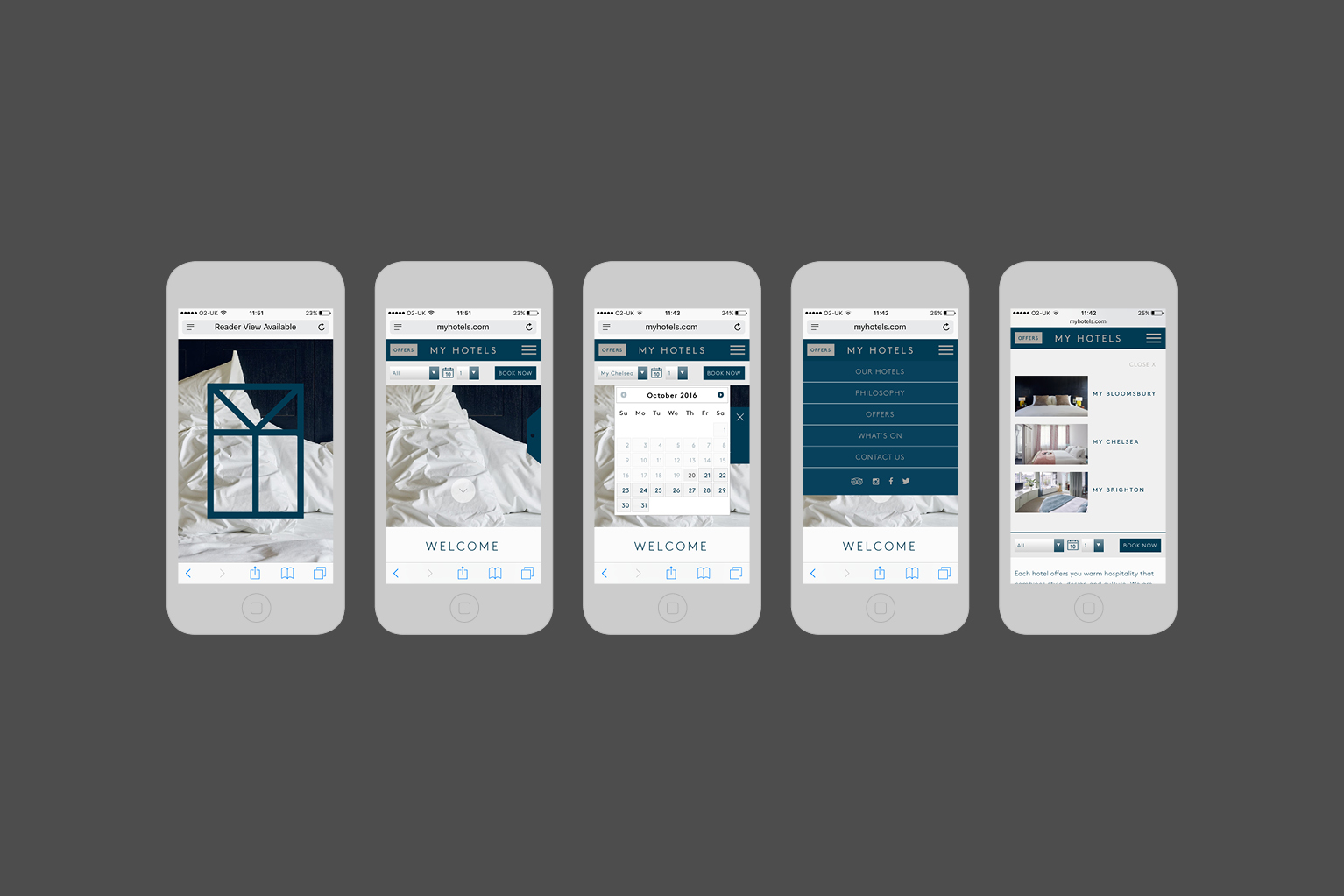 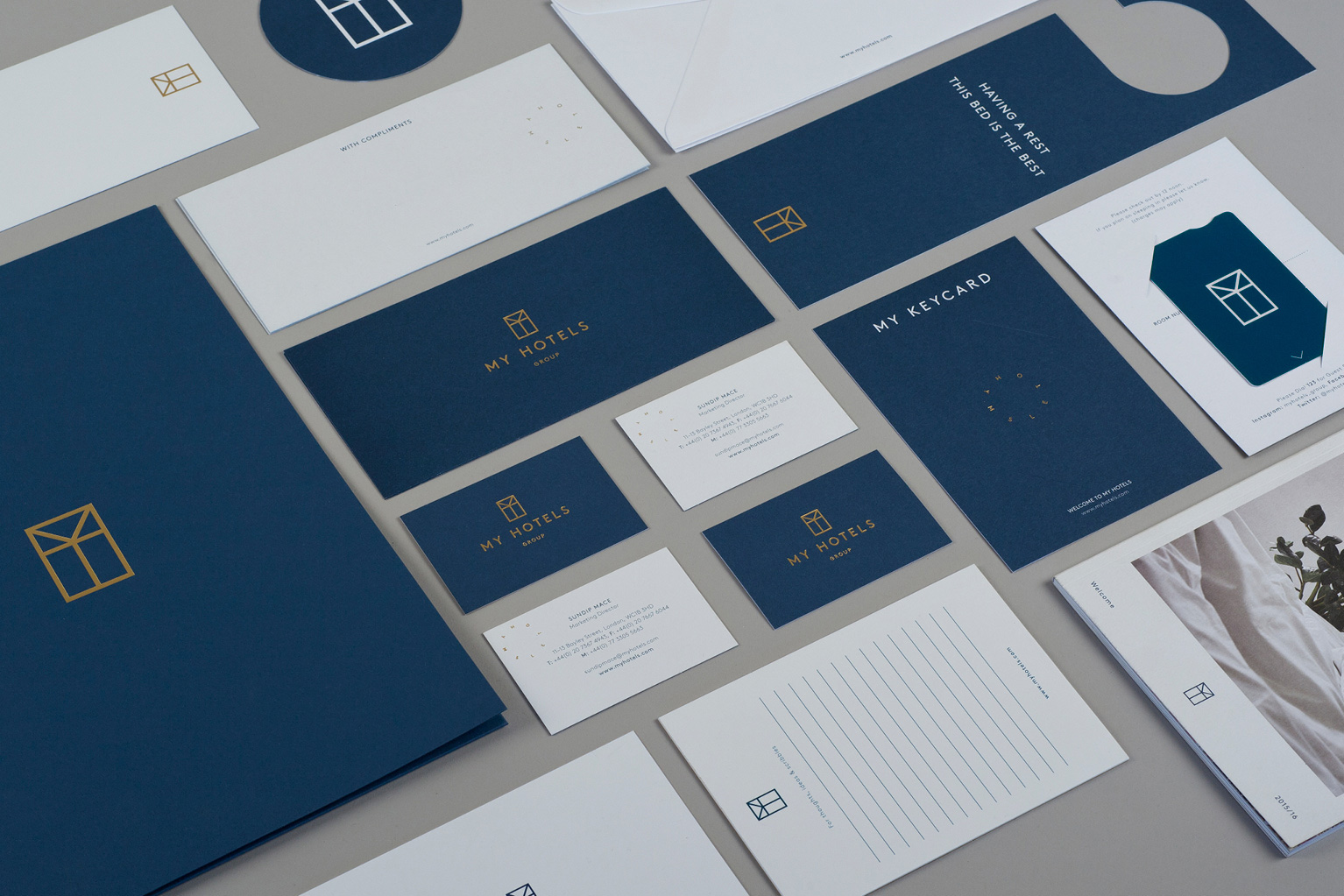 MyHotels is a boutique hotel group founded by Andreas Thrasyvoulou in 1997 that began with the creation of My Bloomsbury, followed by My Chelsea in 2002 and then My Brighton in 2008. All these designer hotels feature award-winning design and distinctive local character.

The MyHotels visual identity had not been updated since the early 2000s. The client felt it was about time that the brand had a major overhaul to refresh and promote his boutique hotel group more powerfully and effectively.

Based on Andreas’s background in architecture and the attractive design elements running throughout these three hotels, I implemented and rolled out an entire rebrand from interior design to website development, extending all the way through to the design for the complimentary umbrellas.